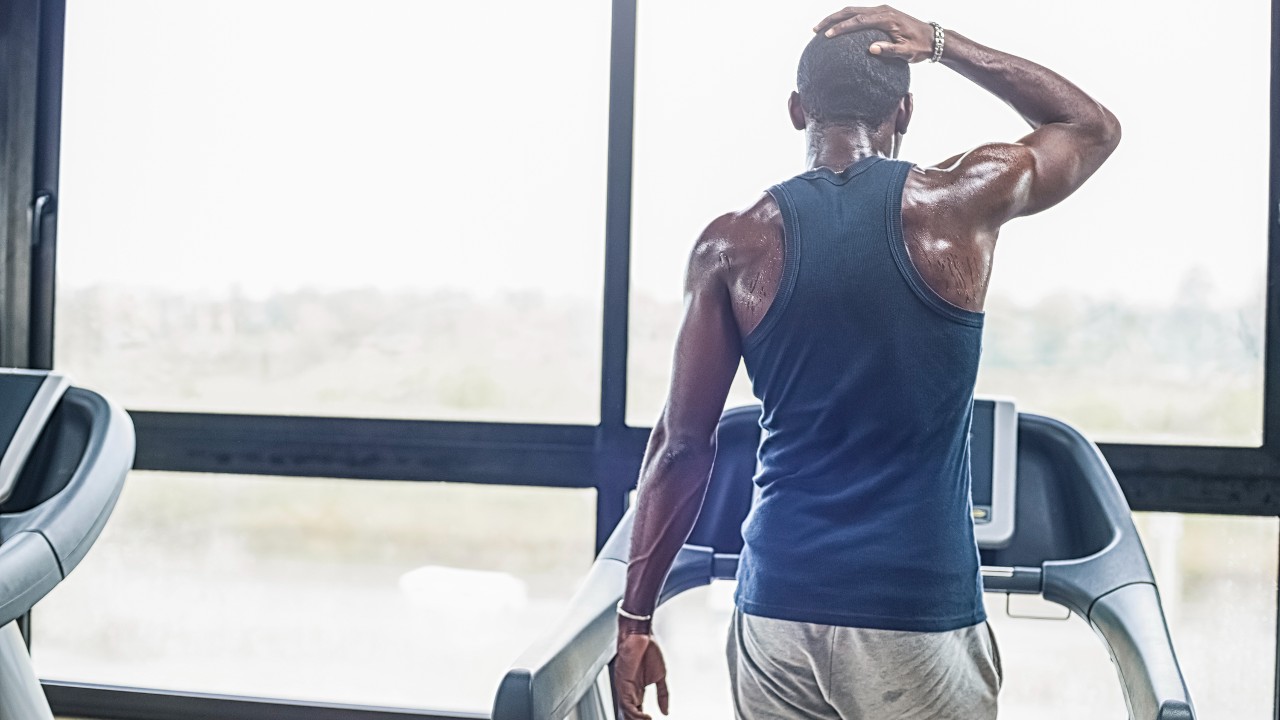 Sure, running is a workout in itself, but did you know that there are many different types of running workout? If you’ve followed a running training plan you probably do know this – but we’re always on the look-out for new challenging sessions to attempt when we’re not following a plan and this one from Rory Knight (opens in new tab), fitness coach at audio fitness app WithU (opens in new tab), is as testing as they come.

It’s an interval running session that will develop both your anaerobic capabilities and aerobic endurance. “Double pyramid speed workouts are my favourite and help develop a higher range of gears when you run,” says Knight. “That’s vital for cranking up the pace over long distances, increasing your top speed and improving cardiovascular endurance.”

Whatever type of run you’re doing, starting out with tight muscles, joints and ligaments will hold you back. Conversely, warming up for a run can unlock gears you never knew you had, so Knight has programmed a six-move mobility-focused routine to prepare you for the speed drills.

“Before any intense running session you should always spend a few minutes activating and priming your body using a series of dynamic running and mobility drills,” says Knight. “That goes for your upper body as much as your lower limbs.”

The session is split into four sections: one mobility running workout, two pyramids, and a warm-down. “It’s common to feel a little locked up and tight in both your lower and upper body before going for a run,” says Knight. “So instead of heading straight for the pyramids, begin with the below mobilisation exercises.”

Once that’s complete, spend another five minutes doing some light running, gradually increasing the intensity until you’re ready to scale the pyramids.

Follow the duration, rest and intensity detailed in the two tables below. For example, in the first interval the goal is to run at an intensity of 80% of your maximum effort for 60 seconds, then rest for 60 seconds. Interval two steps up to 90 seconds at 80%, then another 60 seconds of rest, and so on.

“Take a three-minute breather between pyramids and, whatever you do, don’t go out too hot or you’ll never reach the peak,” warns Knight, adding that the workout can be performed on the road, track or treadmill.

After the workout, spend at least five minutes warming down. Keep moving, jog or walk to gradually lower your heart rate and body temperature, and spend 30 seconds stretching each of your calves, quads, hamstrings and glutes. If you haven’t got a preferred routine already, try these stretches for runners.

Lie on your side with your knees bent and one on top of the other, and your arms extended in front of you. Imagine you’re squeezing a pillow between your knees, then raise your top arm and bring it over your body, rotating your torso, to rest it on the floor behind you. Your knees and bottom arm shouldn’t move. Return the top arm to the start and repeat until you have completed all the reps on one side, then switch.

Start on all fours with your shoulders directly above your hands. Thread your right arm through the space between your left knee and arm, rotating your torso until your right arm is outstretched and fully in contact with the floor. Return to the start and repeat on the other side.

Lie on your side again with your knees bent and one on top of the other, and your arms extended in front of you. This time, reach the top arm as far away as possible, then sweep it around your body in a circle. Keep your arm close to the floor throughout, rotating your torso and keeping the other arm in place.

Sit with your knees bent at 90° and your feet flat on the floor, wider than hip-width apart. Slowly rotate and let your knees fall to one side until both knees touch the floor. This will open up your hips. From here, carefully lean your torso forwards to exaggerate the stretch around your pelvis, then return to the start and repeat on the other side.

Lie on your back with your arms by your sides and feet flat on the floor. Raise your hips so your knees, hips and shoulders are in alignment. With your glutes and core tight, slowly straighten one leg, then the other, to fire up your posterior chain.

Start on all fours with your shoulders directly above your hands. Extend one leg to the side. Gently rock your body backwards to exaggerate the stretch in the adductor muscles (those on the inside of your thighs), then forwards to release the stretch. Move slowly and breathe out as you rock back to help sink deeper into the movement.

Rest for a further three minutes, then tackle the second set of intervals.